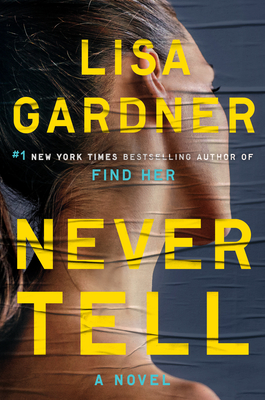 This is book number 11 in the Detective D. D. Warren series.

#1 New York Times bestseller Lisa Gardner returns with an unpredictable thriller that puts fan favorites D. D. Warren and Flora Dane on a shocking new case that begins with a vicious murder and gets darker from there.

A man is dead, shot three times in his home office. But his computer has been shot twelve times, and when the cops arrive, his pregnant wife is holding the gun.

D. D. Warren arrives on the scene and recognizes the woman—Evie Carter—from a case many years back. Evie's father was killed in a shooting that was ruled an accident. But for D.D., two coincidental murders is too many.

Flora Dane sees the murder of Conrad Carter on the TV news and immediately knows his face. She remembers a night when she was still a victim—a hostage—and her captor knew this man. Overcome with guilt that she never tracked him down, Flora is now determined to learn the truth of Conrad's murder.

But D.D. and Flora are about to discover that in this case the truth is a devilishly elusive thing. As layer by layer they peel away the half-truths and outright lies, they wonder: How many secrets can one family have?

Lisa Gardner is the #1 New York Times bestselling author of twenty suspense novels, including The Neighbor, which won Thriller of the Year from the International Thriller Writers. An avid hiker, traveler and cribbage player, she lives in the mountains of New Hampshire with her family.

“Gardner knows how to weave a deeply moving and psychological thriller that pulls no punches in its authenticity. She is one of the masters when it comes to crime fiction. Fans of her novels will consider this one of her best, and newcomers will be in awe of the compelling story and unpredictability of the proceedings.”—Associated Press

“This is easily Gardner’s most ambitious, complex tale ever, a shattering emotional journey that’s utterly relentless in pacing and suspense. Tell everyone that Never Tell is an early candidate for the best thriller of 2019.”—Providence Journal

“Nailbiting....Gardner’s commendable storytelling will keep fans eagerly waiting for the next outing for D.D. and Flora.”—Publishers Weekly

“If you’re into secrets, lies, Gardner’s amazing words, or simply an action-packed mystery that does leave you breathless, this is the one for you! It is so good, it almost feels like the author sat down and created a Holiday gift for her fans around the globe.”—Suspense Magazine

“Never Tell is another nail-biting page-turner from Lisa Gardner, the undisputed queen of suspense, and the kind of thriller that’ll stay with readers weeks after turning the final page.”—The Real Book Spy

“Never Tell is raw, visceral, emotional, the sentences come at you like MP5 rounds, and features three incredible characters, D.D., Flora and Evie, who, alone, could carry any narrative. Together, they create a tsunami of a thriller. This may well be Gardner’s best work, and that is saying something.”—David Baldacci

“Lisa Gardner has outdone herself with this powerful novel about three women, two murders, and uncountable secrets! From its stunning opening to its last thrilling page, Never Tell will captivate, surprise, and satisfy you.”—Lisa Scottoline

“Never Tell shocks the system like ten thousand volts. D.D. Warren’s most gripping case yet. Brace yourself, gulp down a deep breath, and dive in.”—A.J. Finn